Cara Shardlow is based in North Yorkshire, near the popular seaside town of Whitby. From 3 years in the placings at the Pony Club National Championships to intermediate and CCI* 3 day level British Eventing and for the past 6 years competing 5 times at Small Tour Dressage for Great Britain and overseas and at Intermediate II, Cara’s credentials are impressive. 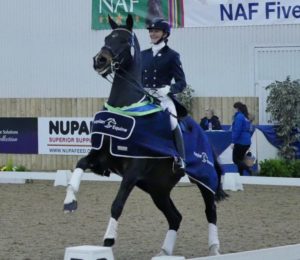 It’s so important to me that bedding is high quality, dust extracted, plus something that the horses are not going to eat, Raviera has not disappointed.

It’s very easy to muck out, saving time on the yard so very cost effective. It keeps the muck heap small and seems to rot down quickly as well.

CARA AND DETONATOR WIN AT SOMERFORD PREMIER LEAGUE
So May was an amazing month and not at all expected with Detonators fantastic win at Somerford Premier league!!

It was actually quite a last minute decision to go but I love Somerford so just entered two classes and thought I would treat it like a mini break, just put no pressure on and enjoy actually getting back out at that level.
We did the Inter 1 first and he was lovely, it felt fairly easy, no tension and we came out with a good score.
We then did the PSG and I was so relaxed, literally smiled the whole way round the test, I can’t remember ever feeling a test at that level feel so relaxed and easy. He is not a big moving horse but as the judge said it was all correct and mistake free which won us the class. I actually cried when we halted at the end, i was so grateful to have had the opportunity to compete at that level again. 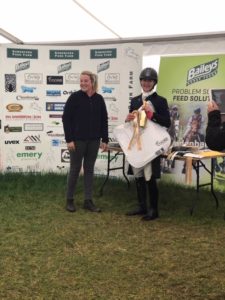 international score. I had to wait over 3 hours to find out we had won our first ever Premier league and the Nationals ticket that has eluded us for 9 years!!!!

I have just found out on the back of that win we have been selected to compete at Hartpurys CDI for Great Britain in July our 6th time!! I really did not have this on our radar so I’m just blown away with excitement!!!

Sandonista has also just had 3 more wins at medium level gaining his regionals qualification for July. He has had a bit of a tricky month with his changes but had an outing today at Advanced Medium and they went well so he will now stay at that level and work towards his first Advanced.

So the preparation begins for Hartpury in just under a months time, Im on cloud 9 just thinking about it and with regionals and Sheepgate Premier league at the end of June there is a lot going on. 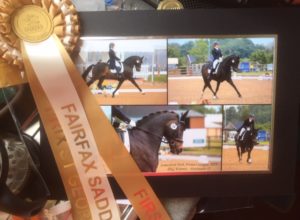 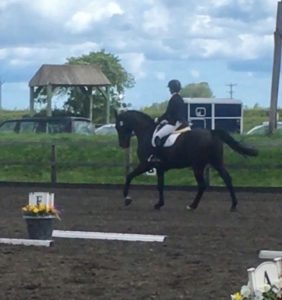 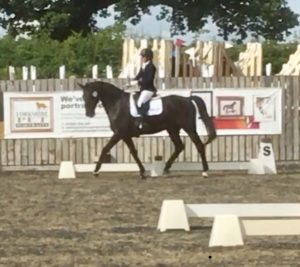